Pianist and A performing artist in Western music, currently receiving advanced training from Sir RAVI KASHYAP and working as a Keyboard tutor in Indian Music experience, now looks forward to teaching many music enthusiasts and enhancing their knowledge.

I have been exploring various techniques and practices in Drums, Guitar & Vocals, Composing, arrangements, Setting Backgrounds for various Albums through Cubase software, I’ve completed my Grade levels in music from “London School of Music”

I’ve been involved with a few music composers and singers to keep up my phase of learning. I’ve played in many orchestras and Music Bands as a piano player and also as a Solo player. I also received few awards as a token of appreciation from well-known artists. 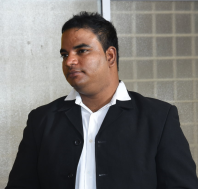