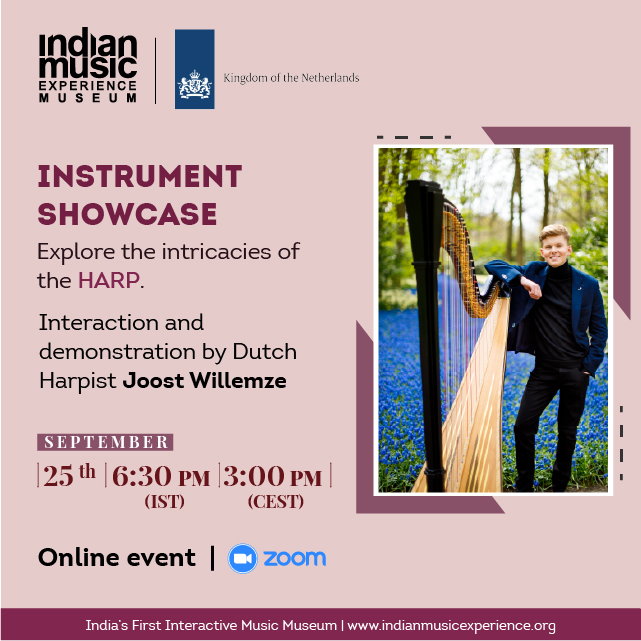 The IME conducts a showcase as part of the Instrument Showcase Series highlighting a musical instrument that is unique in its form or application to performance. This session is a combination of conversation and lecture demonstration followed by an audience interaction with a young and promising Harpist, Joost Willemze from The Netherlands who primarily performs on the Pedal Harp bringing to light his individual style, perspective and experience.

The IME will present this event in collaboration with the Embassy of the Kingdom of the Netherlands in India who aim to promote partnerships between our two countries through interventions in culture, visual and performing arts and sustainable urban environments.