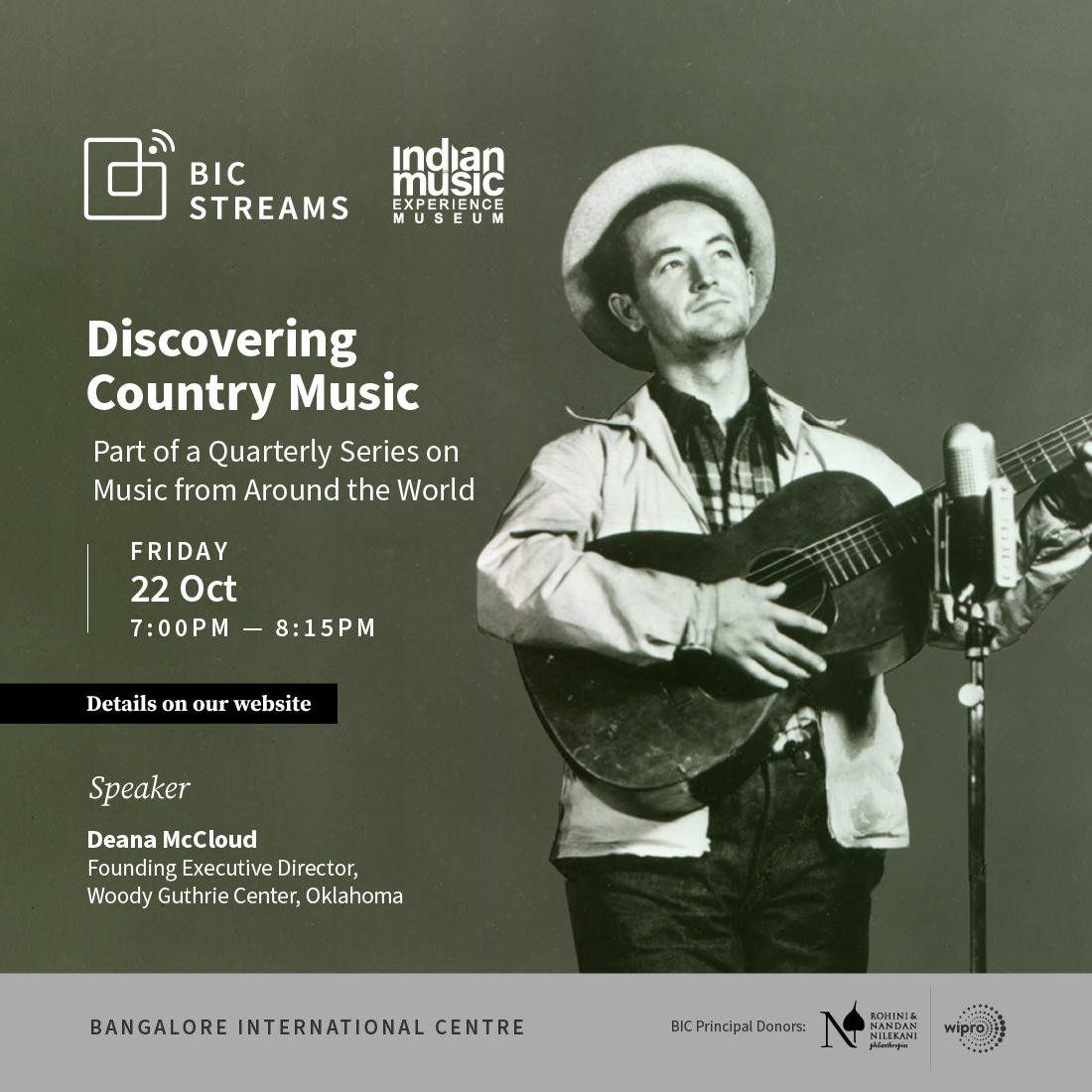 Part of a quarterly series on ‘Music from around the world’

There is a popular belief among people that country music began with the cowboys singing campfire songs out on cattle drives, but its true origins are far older and more diverse.

Join this discussion on 22nd October at 7 PM with Deana McCloud as she speaks about one of the most significant figures in American folk music – Woody Guthrie and his journey with country music. The session will also cover some songs and themes that dissolve international boundaries and build bridges between cultures.